Skip to Navigation Skip to Content Skip to Footer

John, who is from Monterey California, spent six years in Sandpoint Idaho as the Music Director of the Music Conservatory of Sandpoint. John’s first instrument was the piano. He began taking lessons at the age of 14 and placed in regional competitions, such as the Dorothy Sutton Music Festival and the Bi-Annual Carnegie Hall competition. Piano remains a large part of his professional career with projects such as pit accompanist for shows including Joseph and the Amazing Technicolored Dream Coat, Rent, Les Miserable, Guys and Dolls, and Jesus Christ Superstar.

John received his Bachelors of Music from Westminster Choir College and his Master of Arts in Teaching from Rider University. John has performed extensively with choirs in both New York and professional recordings in Philadelphia. John has been an artistic director and instructor in numerous programs in the North East Pennsylvania area.John has sung with several opera houses across PA including PA Lryic Opera, Amici Opera, and Seabrook Opera, Bel Canto Opera of the Inland Northwest, and he performed the roles of the Major General in Pirates of Penzance, Pish-Tush in The Mikado, Baron Zeta in the Merry Widow, Silvo in Pagliacci, Masetto in Don Giovanni, and more over the years.

Explore all faculty and instruments 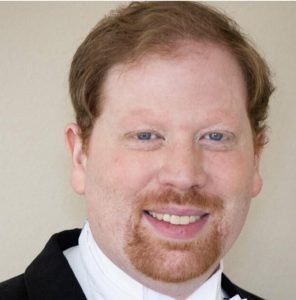